Posted on April 3, 2016 by postgamethread

The biggest weakness of the 2015 team was almost unquestionably the pitching rotation. Going into the offseason, I believed Greinke was the answer to this problem. Removing a co-ace from the Dodgers and bringing him to the Giants was a double-whammy that just seemed too good to pass up. Obviously, that didn’t happen, and spring training numbers for the pitchers we did acquire don’t exactly spark the way-too-early hype threads that typically dot the internet around this time, but there is hope. 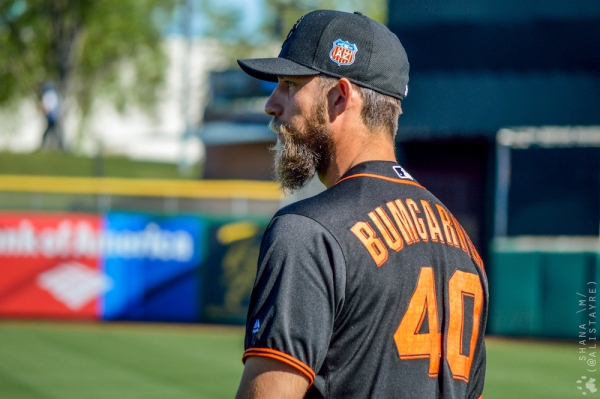 Although Madison Bumgarner is still unquestionably the ace of the Giants, he did not have the best spring. With an ERA above 11 and injuries to his ribs and toe, this is not Bumgarner’s smoothest lead up to a season.

Sometime before the beginning of spring training, I was reflecting on the way that the Giants have won the World Series in 2010, 2012, and 2014. In my opinion, each team’s path to victory was more ridiculous than the last, which made me think about what impediment this even year could bring. In 2010, the Giants had amazing pitching and very good offense. In 2012, the Giants lost the amazing pitching, gained an even better offense and had to win five life-or-death elimination games on their way to a sweep of the Tigers. In 2014, the Giants had neither good pitching nor a very good offense. Timely hitting, defensive and strategic consistency and Madison Bumgarner guided the Giants to a Game 7 that was won by timely hitting, defensive and strategic consistency and Madison Bumgarner.

What then could the Giants have to make another even-year World Series more improbable than literally Travis Ishikawa et al.? A lack of Madison Bumgarner. 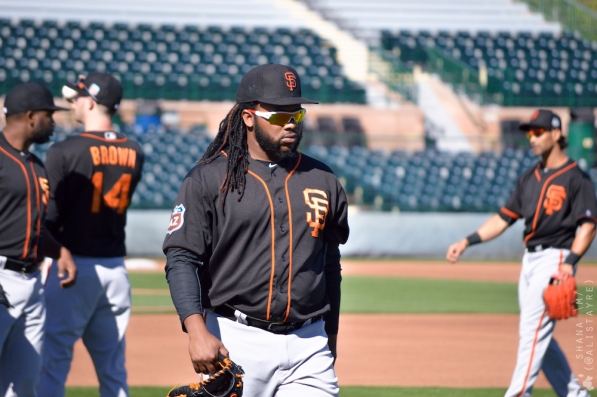 Due to his lackluster regular season performance for the Royals in 2015, Johnny Cueto entered the offseason as MLB’s most intriguing reclamation project. After failing to sign Zack Greinke, the Giants looked for a top end-of-the-rotation pitcher who could provide consistent support to Madison Bumgarner’s effort as ace. But many people recoiled at the idea of bringing Johnny Cueto in. Why risk so much money on a guy who has been both injury prone and inconsistent as of late?

For one, during his best years (2011 to 2014), Johnny Cueto had the second-lowest ERA for pitchers with more than 500 IP, putting him behind only Clayton Kershaw. But he retains that position even if you include 2015. Sure, FIP isn’t kind to him, his motion seems unreasonably weird, and his stocky frame might raise a few eyebrows, but consider how cheaply the Giants got a top-of-the-line pitcher simply because he had one bad half season in ten years.
2016 Prediction: 15-8 3.15 ERA, 1.150 WHIP, 205 IP 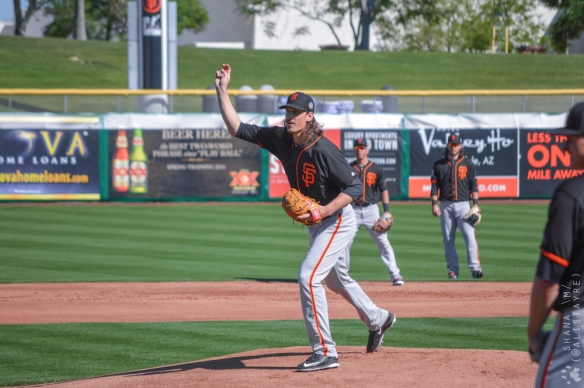 The other significant pitching acquisition for the Giants this season is Jeff Samardzija.

By some accounts, Jeff Samardzija was the worst pitcher in baseball last year. With a near-5 ERA over the course of a whole season, that doesn’t seem all that ridiculous of an assertion. But there are some things to consider. Perhaps most significantly, he played in front of an absolutely awful defense which is terrible for a guy who had a GB% around 50 in 2013 and 2014. Additional reports about him possibly tipping pitches and not being allowed to throw one of his strongest out-pitches leads me to think that 2015 was anomalously bad. Samardzija is by no means an ace, but with Dave Righetti and a more reliable defense behind him, I can see him having a pretty damn good year.
2016 Prediction: 14-12, 3.55 ERA, 1.20 WHIP, 200 IP 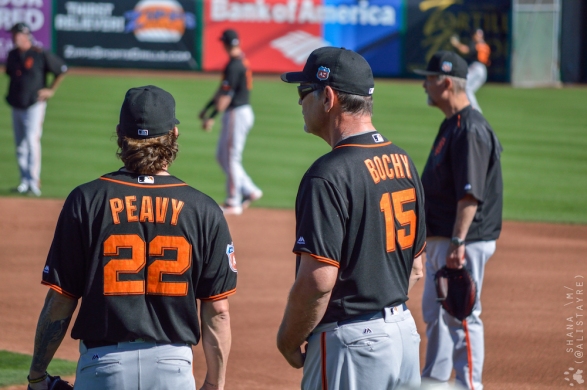 Jake Peavy is probably the least exciting pitcher in this rotation. He’ll be 35 this season, no one actually believes that he can return to his prime form and he lost the sheen of a new acquisition last season. However, Peavy represents something deeply important to the Giants. Ahead of him are three starters ranging from ace to pretty good. Should Peavy pitch like he did in September and continue to defy any reasonable expectations for a pitcher in his 15th year of Major League play, the Giants will have an unreasonably deep rotation to complement their unreasonably deep lineup. Sounds awesome really.

Honestly, I have no good instincts to indicate how good Peavy will be this year, so I’m going to remain safe and assume this is finally the year that Father Time remembers that Jake Peavy is a thing and that he needs to start pitching like he’s old.
2016 Prediction: 5-8, 4.35 ERA, 1.25 WHIP, 110 IP 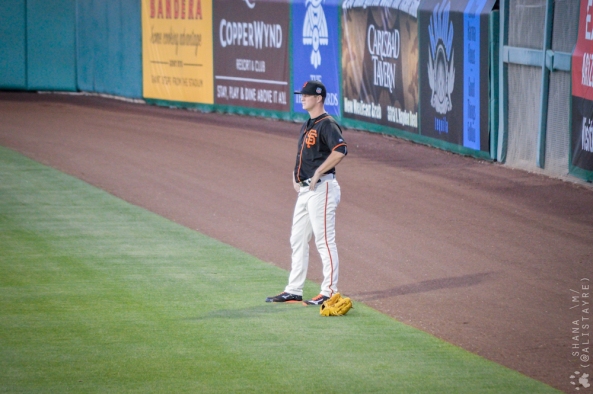 I had plenty of action shots at my disposal but none of them really felt like they captured the essence of Matt Cain in 2016. There he is, standing near the outfield wall, alone, probably watching Chris Stratton not suck. I want to go up to him, give him a hug and tell him I remember the year he was our ace.

I am not a total Cain pessimist. A part of me looks at him and thinks that any pitcher would struggle if he had bone spurs in his arm for 10 years and suddenly had to learn how to pitch without them there. The bull case is that Cain finally works through the fact that he can actually move his right arm now. The bear case is that he’s still in the process of adjusting and won’t figure it out this season. Maybe that process will never end. Dammit …